This animation presents a view of the continents at the level of map precision available to Alfred Wegener, who proposed that the continents once existed as a vast supercontinent, Pangea, that later fragmented. Test the fit of the continents for yourself by clicking and dragging a continent to a new location; then, using the arrow keys on your keyboard, rotate the continent into position.

The Bullard fit animation of Continental Drift includes the continental shelves and shows how Africa, South America, Europe and North America may have once fit together.

This animation compares true versus apparent change in the orientation of Earth's magnetic field, and explains how the apparent globe-wandering path of the magnetic poles can be explained as a product of continental drift.

This animation shows progressive stages in the opening of the Atlantic Ocean. The youngest rocks (in red) clearly outline the mid-ocean ridge system, complete with transform faults. The oldest ocean crust (in blue), is confined to offshore regions adjacent to the United States, Canada and western Africa. This distribution demonstrates that the North Atlantic began to open before the South Atlantic.

Geologists define three types of plate boundary, based simply on the relative motions of the plates on either side of the boundary. These basic types-divergent, convergent, and transform plate boundaries–are shown in the following three-part animation.

Magma (molten rock) forms in the asthenosphere beneath mid-ocean ridges. The magma rises into a magma chamber in the crust. As sea-floor spreading takes place, some of the magma cools slowly along the margins of the magma chamber to form gabbro (a coarse-grained igneous rock), while some intrudes upward to fill vertical cracks that form as new crust splits apart. Magma that cools in the cracks creates basalt dikes. Basalt is a fine-grained igneous rock, and a dike is a wall-shaped intrusion. Finally, some magma that makes it to the sea floor and extrudes as pillow basalt.

This animation shows the development of a transform fault along a divergent plate boundary. Plates slide past one another along a transform fault without the formation of new plate or the consumption of old plate. As this process occurs, new sea floor forms along the mid ocean ridge.

At convergent plate boundaries or convergent margins, two plates, at least one of which is oceanic, move toward each other. But rather than butting each other like angry rams, one oceanic plate bends and begins to sink down into the asthenosphere beneath the other plate. This sinking process, termed subduction, is shown in the following animation.

This animation shows how hot spot volcanoes arise. A mantle plume beneath an oceanic plate creates a hot spot at the base of the lithosphere, and a volcano forms. Because the hot spot remains fixed as the plate moves over it, this volcano eventually becomes extinct and a new one forms. In time, a chain of extinct volcanoes develops, with a live volcano over the hot spot as the last link in the chain.

Rifting is the process by which a continent splits and separates to form a new divergent boundary. This animation shows the progressive formation and evolution of a continental rift, and the formation of a mid-ocean ridge.
Gepost door drs. Rini van der Pol op 9:22 p.m.

Armoede in Jaipur in West-India 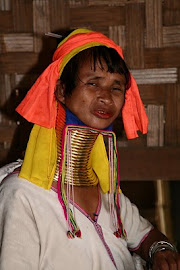 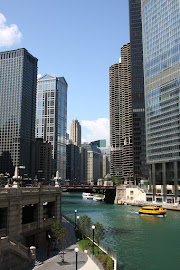